As of January 11, 2018, Breakdown Services has launched a new option to the scheduling interface.  If you have multiple Breakdowns released for the same Project, it is now possible to schedule actors from across those Breakdowns into one audition session.

First, you will need to contact your Breakdown Services representative to activate this feature.

Once active, you can assign new Breakdowns you submit via the online form to a "Project" by choosing an existing project from the drop-down menu or creating a new project. (If you need past releases assigned to a project, contact your Breakdown Services representative.) 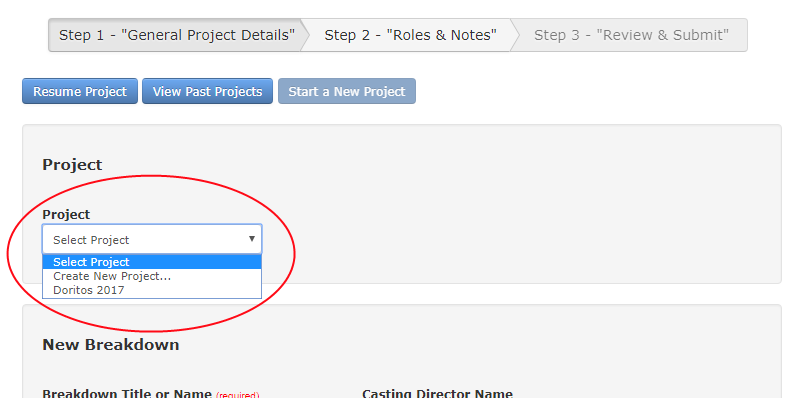 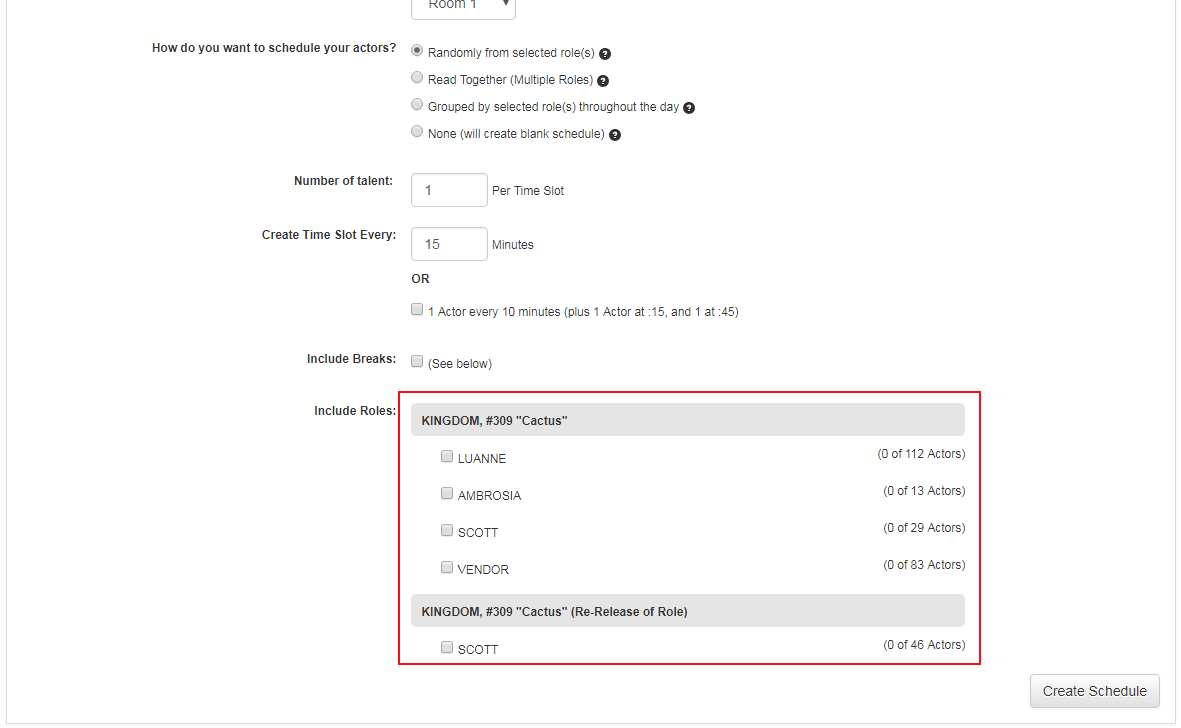 Additionally, once an audition schedule has been created, if a new Breakdown is released under that project or you have submissions from a Breakdown that wasn't included when the audition was originally created, you can click the "add Breakdown" button to link up another Breakdown within this project. 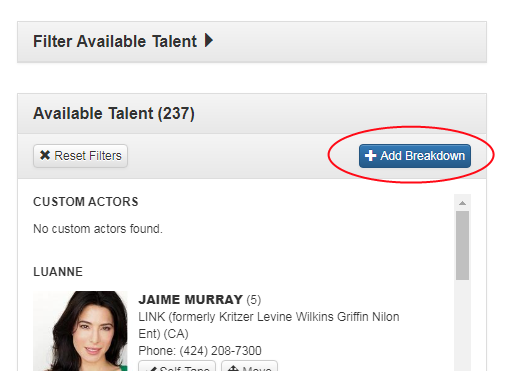 Choose the Breakdown you want included in this audition session, and click "Add".  Now you will be able to access the submissions from that Breakdown in the available talent.

Click these links for details on additional feature improvements: