How to View Submissions Print

Once your Breakdown has been posted, you will be able to view the Actors who have submitted to your project's roles. You will need to review and "select" them in order to move to the next step and schedule auditions or request self tapes.

1) After you have signed in, you will be brought to your "Current Projects" page. To select a project that you would like to view submissions for, click on the title of the project.

2) Once within your Breakdown, you will see your project's roles and the number of submissions each role has. The status of the submissions are organized by the "Unviewed", "Viewed", "Selected", "Not Scheduled", "Scheduled", and "Callback" columns. To view your new submissions for a certain role, click on the number under "Unviewed".

- Unviewed: Submissions that haven't been viewed yet.

- Viewed: Submissions that have been viewed but not selected.

- Selected: Submissions that you like for the role and have selected with the 1-6 numbers.

- Not Scheduled: Submissions that you have selected but haven't been scheduled for an audition.

- Scheduled: Submissions that you have selected and are currently scheduled for an audition.

- Callback: Submissions that you have invited for a callback.

3) On your role's submissions page, you can view the names and headshots of the Actors who have submitted for that role. To view more information about an Actor, select the blue icons directly below the Actor's main headshot. 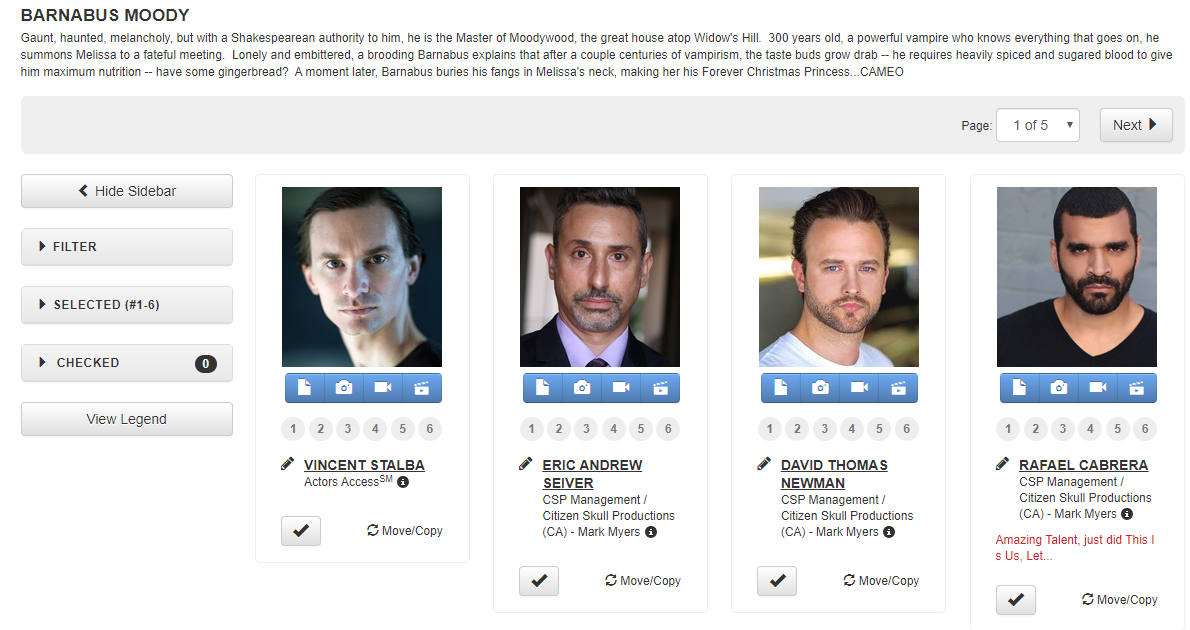 - Photos: Additional headshots of an Actor.

- SlateShots: A 7 second clip of an Actor introducing themselves.

- Numbers 1 - 6: Use these numbers to select Actors you are interested in and are considering for a role.

Click this icon to add a private note about an Actor. The Actor will not be able to view these notes. If the pencil is black, you have no notes.

If the pencil is white inside a red square, you have saved notes on the Actor.

4) To select Actors that you are considering for a role, give them a number "1-6".  These numbers can be used as a ranking system, grouping system, or any other way you would like to use them.

Once given a number, the selected Actors will be moved from the "Unviewed" column to the "Selected" column. Giving an Actor a number and then unselecting that number will move that Actor to the column labeled "Viewed". 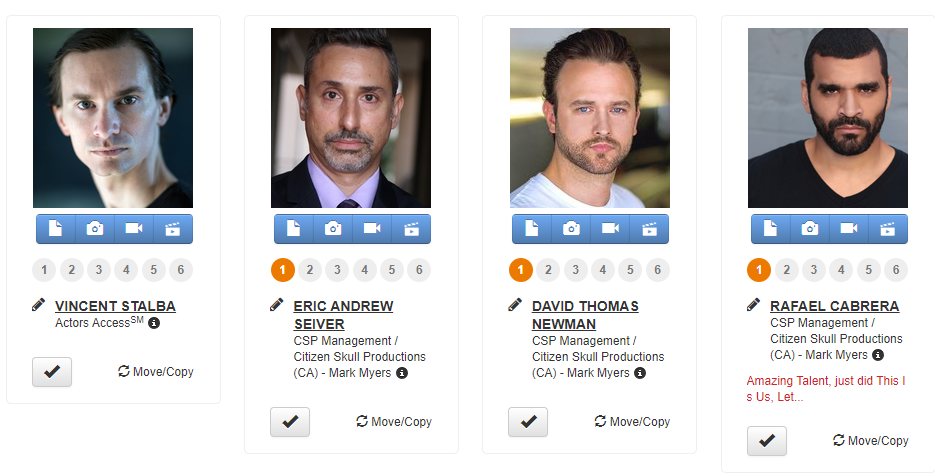 5) After going through and making your selections on Page 1, select the "Mark These Actors Viewed" button on the bottom left-hand corner of the page. This will move everyone that wasn't given a number to the "Viewed" column and if you have more submissions for that role, a new page of submissions will appear. 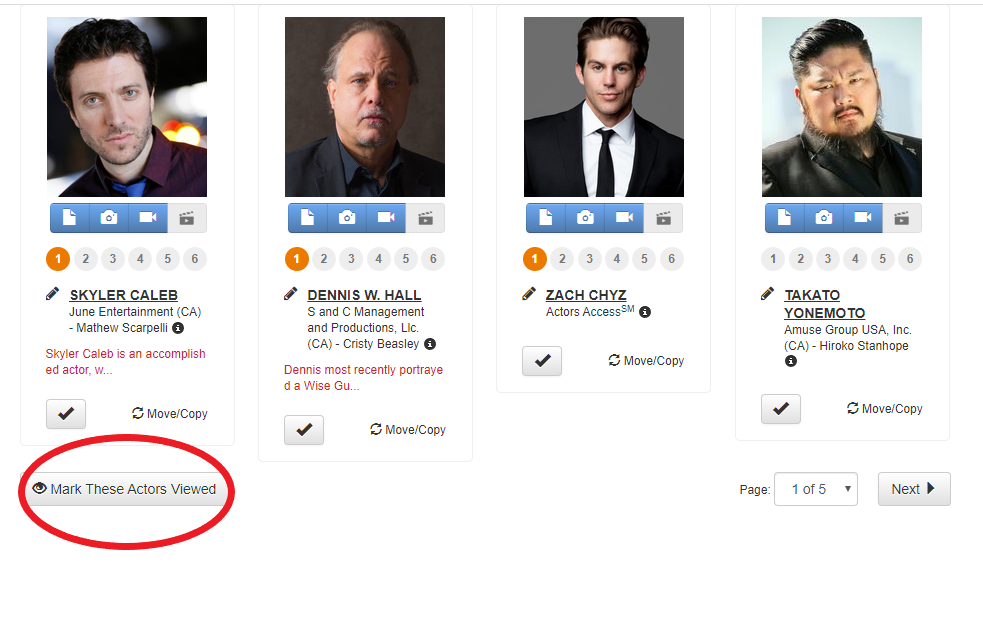