CASTING: How to Create a Callback from an Eco Cast Print

A common way Casting Directors go through the casting process is by requesting self-tapes from Actors through Eco Cast, and then inviting the Actors they liked from those Self-Tape submissions to come in for a physical callback. Since the Callback Scheduling tool on the site requires you to pull from a previous audition, you will create a new Audition schedule for your Callback. There is no actual callback feature on Eco Cast, but there are ways to create a Callback after an Eco Cast.

How to Cross-Reference Eco Cast Selects with Selected Actors

In order to add Actors to an Audition Schedule Callback you will need to give them all new numbers or assign them numbers if they weren't already.

1) First, open up BreakdownExpress.com and hover over "Eco Casts," at the top and click "My Eco Casts."

3) Next, you will need to open the submissions page in a separate window or browser tab. To do this, hover over "Projects," from the top toolbar menu, then right-click or ctrl+click. Then select, "Open in a New Tab," or "Open In a New Window." From there, select the project from which you created the Eco Cast.

4) Click on the number in the "Selected," column of the Role you want.

Note: If you haven't previously selected those Actors you are calling back, click the role name to view all submissions.

5) You will now see all of the Actors you have selected for this role. (If you connected the breakdown to the Eco Cast, text reading "Eco Cast (R)," will appear beneath the actors you invited to self-tape.) Once clicked, it will open the connected Eco Cast. 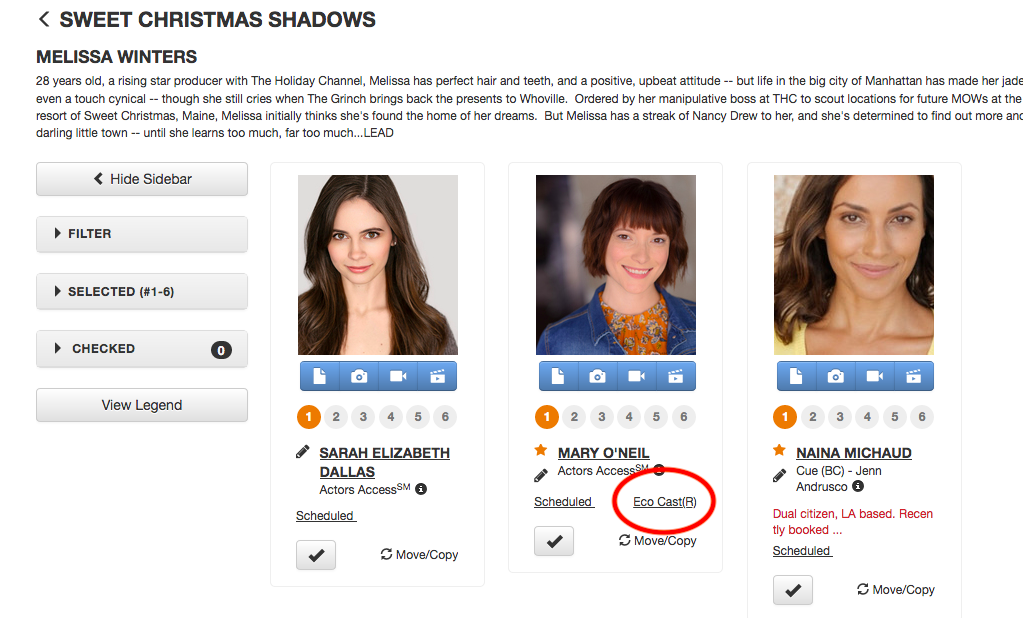 6) Cross-reference the two lists and give a number (between 1 and 6) to each of the Actors you want to callback, use a different number or numbers for the Actors you don't want.

Note: You can change the number assigned to an Actor by clicking a different number. 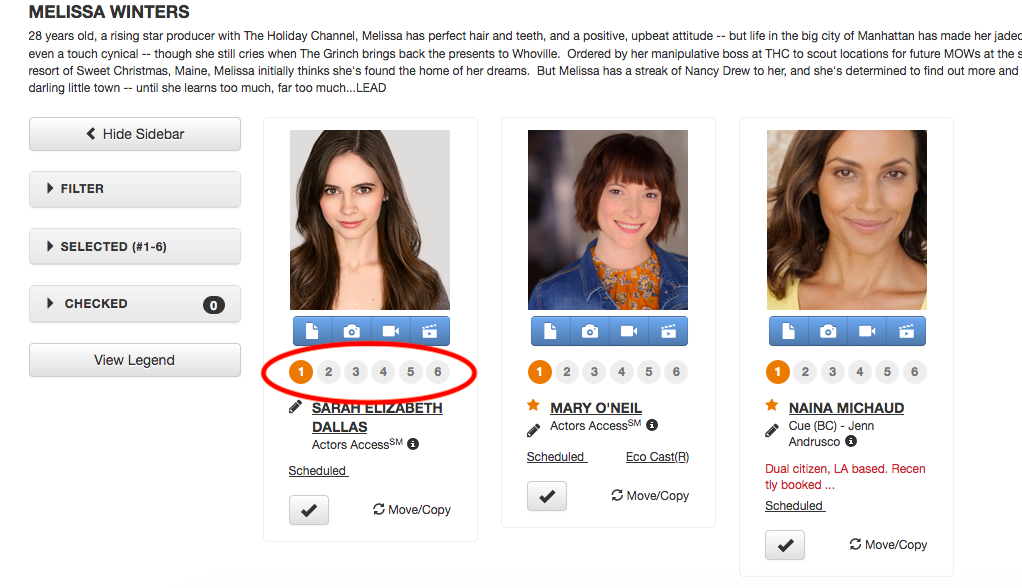 7) Once you have given a number to all of the Actors that you would like to callback, hover over "Schedules," at the top of the page and click "Create Audition." 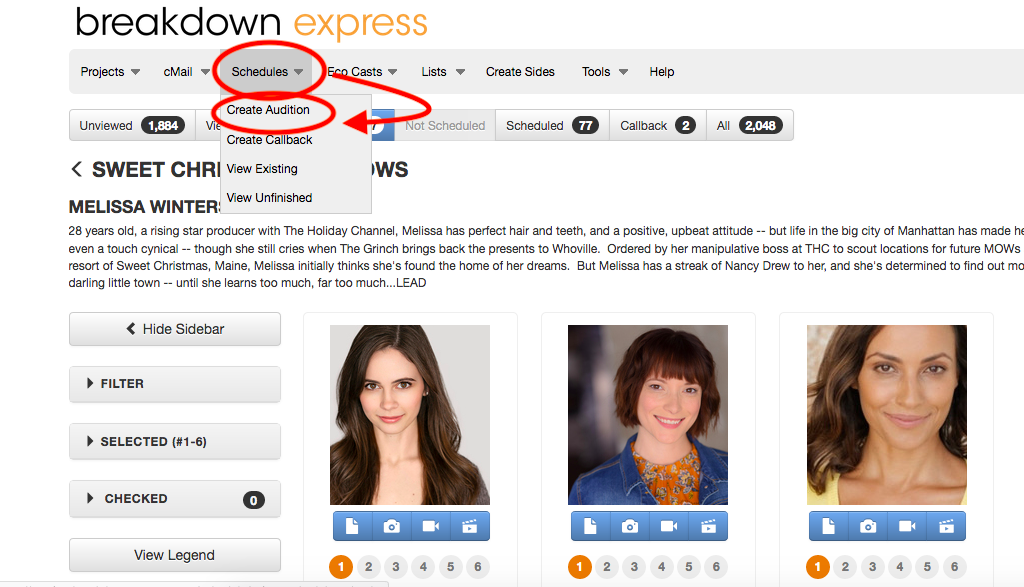 Note: You will not be able to "Create Callback," without having first held an in-person audition.