CASTING: How to Move/Copy an Actor to Another Role Print

If you feel like an Actor may be better suited for a different role than what they previously submitted for, you can move or copy that Actor to another role by using the Move/Copy feature.

Moving/Copying an Actor to Another Role

1) Go into your role's submissions page and select the

button for the Actor you would like to move/copy to a different role. 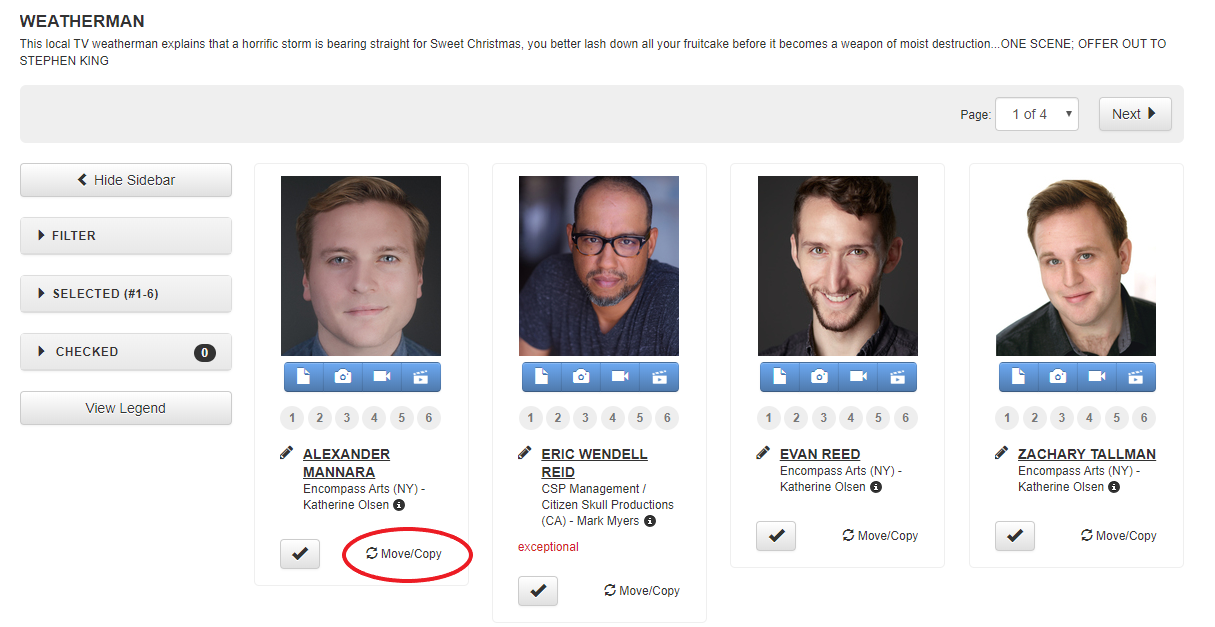 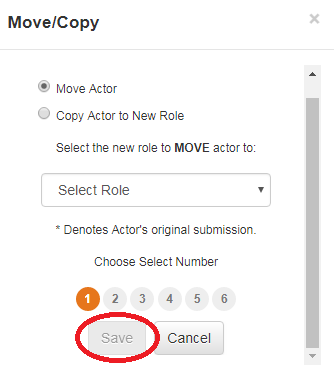 - Move Actor: Selecting this will allow you to completely remove the Actor from the role they initially submitted for and place them in the newly designated role.

- Copy Actor to New Role: Selecting this will allow you to copy the Actor into the new role without removing the actor from the role they initially submitted for.

- "Select Role": Select the new role that you would like to Move/Copy the Actor to from this drop-down menu.

Note: The drop-down menu will always indicate the role this Actor was originally submitted for with an asterisk and the roles that the actor has already submitted to will be grayed out.

: Choose a number to mark the Actor as "selected" for the new role..